And I Was Changed Forever…

I was born at precisely at five a.m. on the morning of October 25, 1946. When I see that date nowadays, it seems so ancient. Maybe because it really was a long time ago. I came into this world the fourth oldest and the second youngest (just checking to see how good your math is) with five houses in Scorpio and in the Year of the Dog.

Before I was born, my parents came up with my Chinese name Lee Mun Wah. It means he who writes. How prophetic, because I eventually became a poet and writer. But, on the day I was born my parents wrote down ‘Gary Lee’ on my birth certificate. My father did so because when he came to this country from China and presented the immigration officials with his name: Lee Hoo Wah, they promptly gave him a supposedly easier name to pronounce: Richard Lee. My father was shocked and confused, but surmised that this must be because he needed an ‘American’ name. What he did not realize until much later in life, was that this was a common practice by whites of anglicizing or ‘Americanizing’ names from other countries outside of the United States. 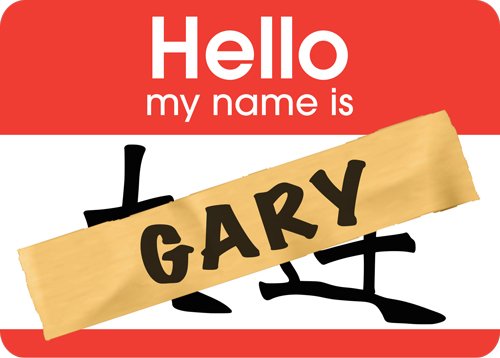 So, up to the age of thirty-eight I was known as Gary Lee until something dramatically occurred in my life. A good friend of mine, Spencer Brewer, invited me to a sweat lodge taking place in Idaho. I had never been to a sweat lodge, let alone even Idaho. The sweat lodge was one the most excruciating and inspiring experiences in my whole life. When we exited the lodge, we formed a large circle led by a member of their tribe. He had each of say our name and then the whole group would say it out loud in unison. When it came time for a young man to say his name out loud, he said, “David…”but with a sadness in his voice and then everyone repeated it the same way. The tribal leader asked David to share why he spoke his name with such sadness. He replied that he hated his name and always wanted to be called Michael. And so, the group said Michael and he was elated.

Hearing this birthing process, I wondered what would happen if I told everyone my real name. So, when it came to my turn, I said: Lee Mun Wah out loud for the first time and then everyone repeated it in perfect unison. When I heard it out loud, every part of my body and soul responded with so much emotion and awe. It was beautiful… and from that moment on…I reclaimed my birthright…and in doing so, my life was changed forever.

Years later, as I travelled all over this country, so many folks came up to thank me for telling this story, because it was also theirs. Afterwards, many even shared that they had decided to reclaim their birth names. From that moment on, whenever I paired folks up in my workshops, I instructed them to share their real names, before someone changed it or abbreviated it because they said they couldn’t pronounce it or wanted to ‘Americanize’ it. What surprises most folks is that when I ask them to pronounce someone’s name with its correct pronunciation because it is important to them, everyone gets it right. You see, our names are more than just a way of identifying us. It is who we are and a beacon of who we can become, it is our birthright, the source of our beginning, the name our parents gifted to us because they could ‘feel’ something precious and beautiful about us, even as we were in the womb…they knew our names would light our path forward – and someday, towards our destiny.

When you see the smile on a person’s face the moment they hear their name spoken out loud for all the world to hear for the first time…perfect in all its beauty, it is indescribable…the same as I felt so many years ago when I heard my birth name for the first time. You see, it’s a way of welcoming you into the world. Not a part of you, but all of who you are from the first day until your last.